In the area, we have the manifesting power as a visible "region" and the potential as invisible "culture". By "fusing" these, if you are recognized as a unique personality, you will be able to convey the appeal directly / indirectly to the people surrounding the area (family and friends) and visitors to the area. Nonetheless, even if the appeal destination is a festival / event, unless people interested are attracted to a shopping district or commercial facility, it will not lead to the revitalization of that area. 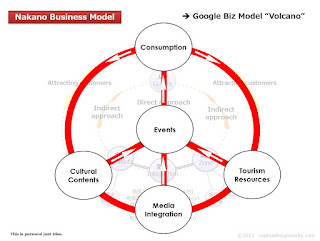 Because "wisdom" of town planning gathered here, it is not something that can only be done by local governments. Creativity and idea of people participating in "town planning" are wonderful. In that sense, it can be said that establishing it in a private sector by local shopping districts and residents, and realizing it in an organization like the "Tourism Association" supported by the administration is one solution method.

As a strategy model, I thought about a "volcano model" that gathers local resources and ejects it at once. I think that what is important is to circulate a new ground surface as an area resource by the magma that it squirted.

Nakano is an old-fashioned town, but in April 2013 three universities opened, and an office building that became part of the redevelopment project at JR Nakano station north entrance opened in May 2013, even now It has achieved rapid development. On the other hand, Nakano is also the birthplace of Japan's subculture alongside Akihabara, and numerous foreign tourists visit as places to enjoy delicious Japanese food culture. In addition to the fusion of healing culture and food culture, the city of tourism coexisting oldness and newness: Nakano will continue to develop. 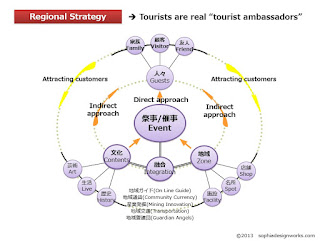 The tourism association includes regional paper media, Web guidance, point cards and regional currencies looking through the entire area, regional transportation that moves through wide areas, new industrial development by industry, government and academia, regional security that brings about safety, city building that can be relieved , There are many roles. The launch of an organization that implements the role as an integrator is significant.

Artistry, such as anime / manga / music to create a personality, extraordinary nature that getting lost in a crowded restaurant shop, intellectual sense of people who are deeply conscious of history, It is important to connect invisible value to the eyes. 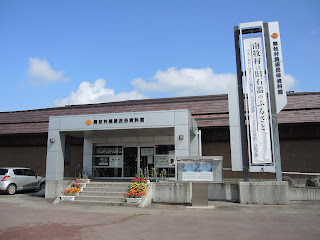 The Yatsugatake area is a resort area from the Old Stone Age?

To unravel the regional strategy of Hokuto-shi
Yatsugatake area rich in tourism resources
In the vicinity of the southern foot of Yatsugatake, it is said that in the past many ruins from the Paleolithic Age to the Jomon Period were excavated. I wanted to see the history of the past long ago and visited the archaeological museum of Hokuto city, the ethnographic museum of Minami-Maki village, the Yadegawa ruins of the Old Stone Age and others. In this era, obsidian seems to be useful as a sharp weapon for hunting and a tool for cooking. Speaking of obsidian in the vicinity of the Kanto district, Wada Pass located northeast of Lake Suwa is famous. I asked the curator at the museum. Ancient people who visited this area from the southwestern part of the Kanto Plain seemed to not only collect obsidian, but also some who migrated for deer hunting, fruit harvesting, and summer vacation. DNA as a resort site from 20 thousand years ago may be creating the comfort of this area.
I found a big parabo…